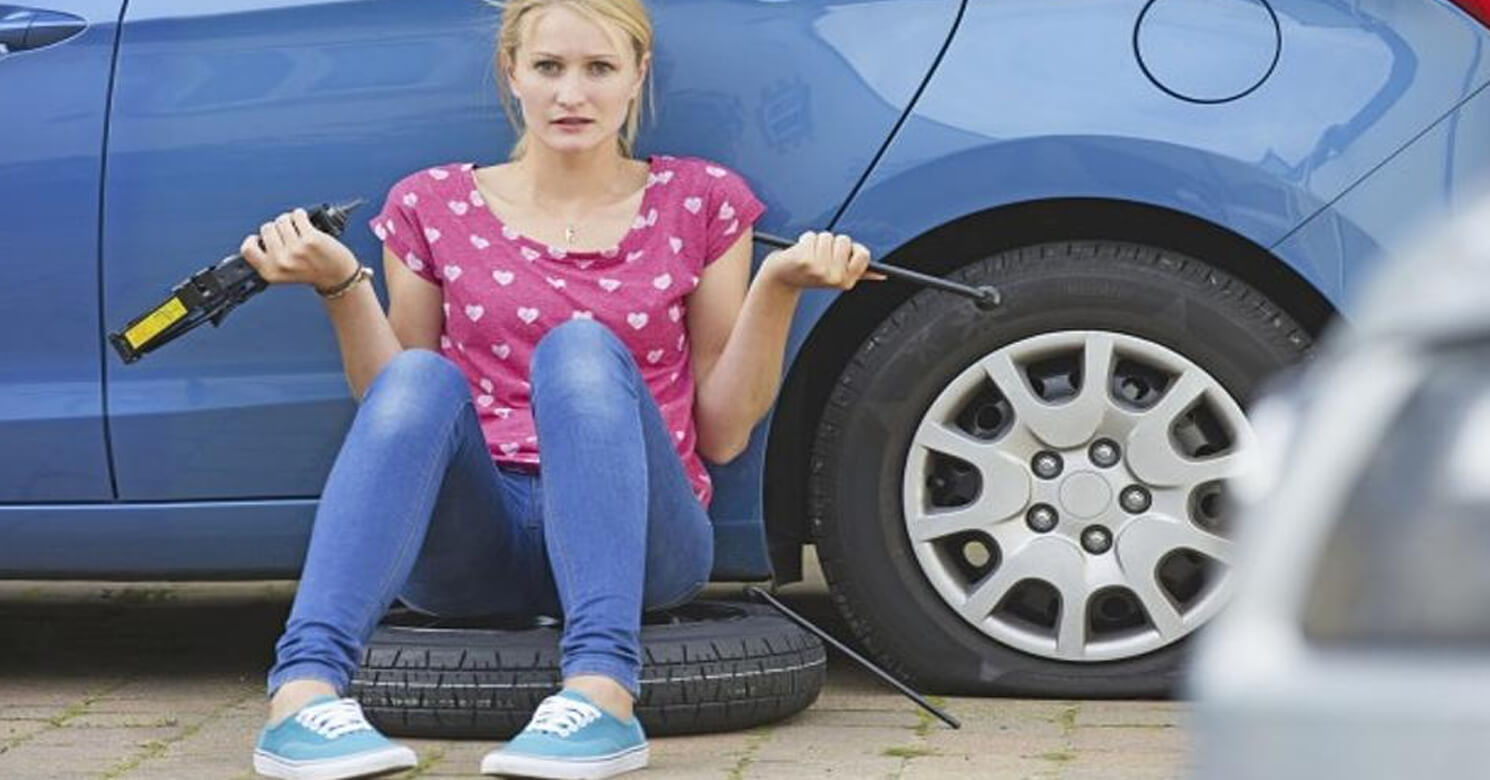 Survey Finds 25% of Americans don't know how to change a flat tire.

Are basic automotive know-hows like changing a flat tire becoming a thing of the past? According to a study published in a recent article of The Independent, almost three-quarters of millennials admit they have no idea how to change a tire.

A poll of 2,000 drivers revealed that while almost half of those aged 36 and above could confidently change a wheel at the side of the road, just 27% of 18-23-year-olds believe they could do the same.

As a result, a whopping 63% of millennials have never tried to fix, repair or modify a car they have bought.

Just How Clueless Are They?

Another survey conducted by CheapCarInsurance.net surveyed 2,000 car owners and found that quite a few people, especially in younger demographics, aren’t too savvy in basic car-related tasks either.

As for millennials, nearly 60% of Millennials are unable to change a car tire. A total of 44% don't know how to examine the tire tread depth and 32% can't figure out how to check tire pressure. 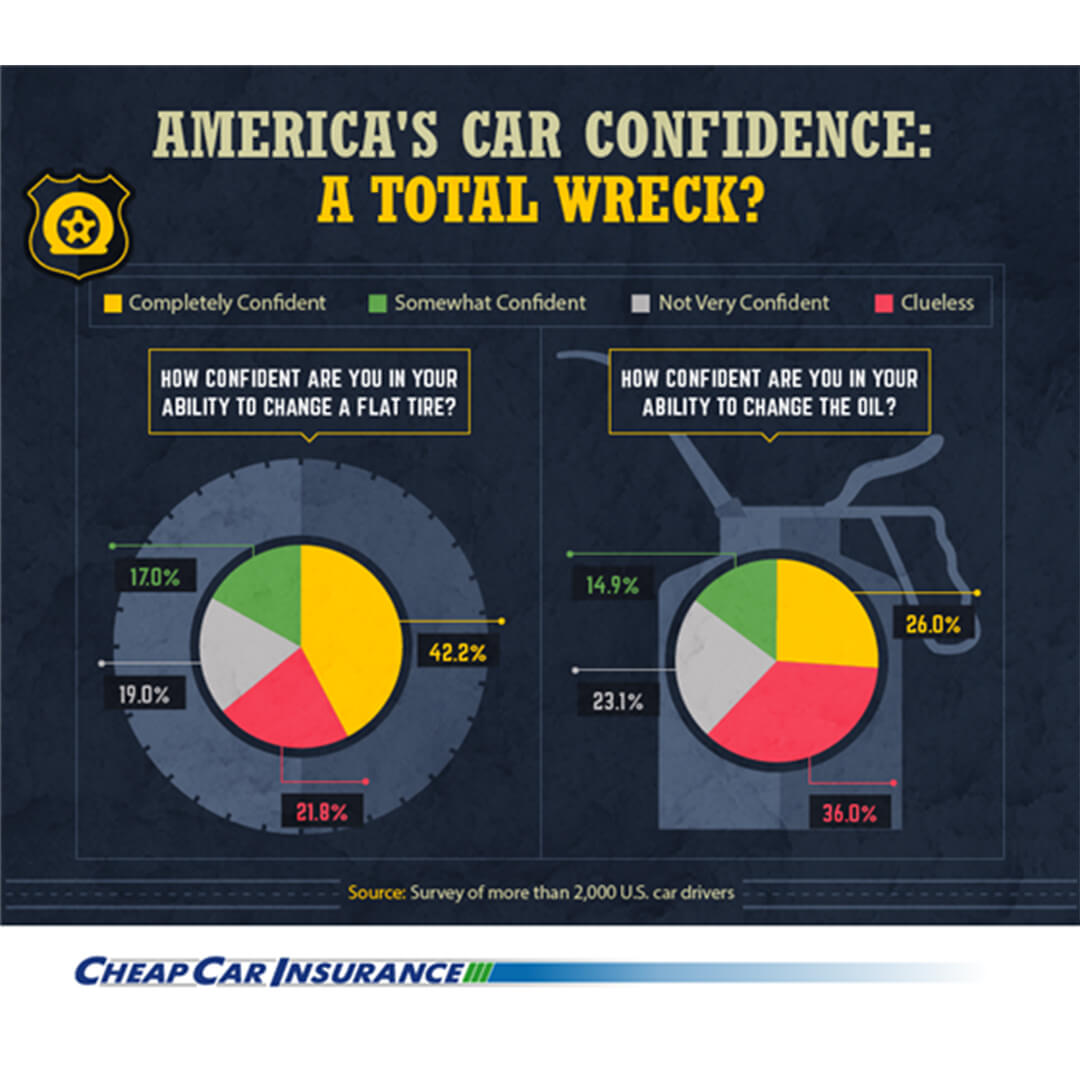 America’s Automotive IQ: 21.8% of surveyed Americans are “clueless” about how to change a flat tire.

The results also found millennials are twice as likely to call someone else for help with car or general automotive maintenance. Others will simply take to "Google or Youtube" to find the answers. The study also found some geographical discrepancies.

People in New England tend to be the most confident about car-related tasks and repairs, while people in the West, Northern and Central regions of the U.S are the most clueless.

A recent survey conducted by Cooper Tires found the opposite results. Instead, they revealed that almost three-fourths of Americans say they are confident they know how to change a tire.

The survey shows 81% of Americans have had a flat tire and 74% say they know how to change a flat tire.

Interestingly enough, 78% of Gen Xers and 77% of millennials say they can change a tire, compared to 71% of baby boomers and 70% of Gen Z. 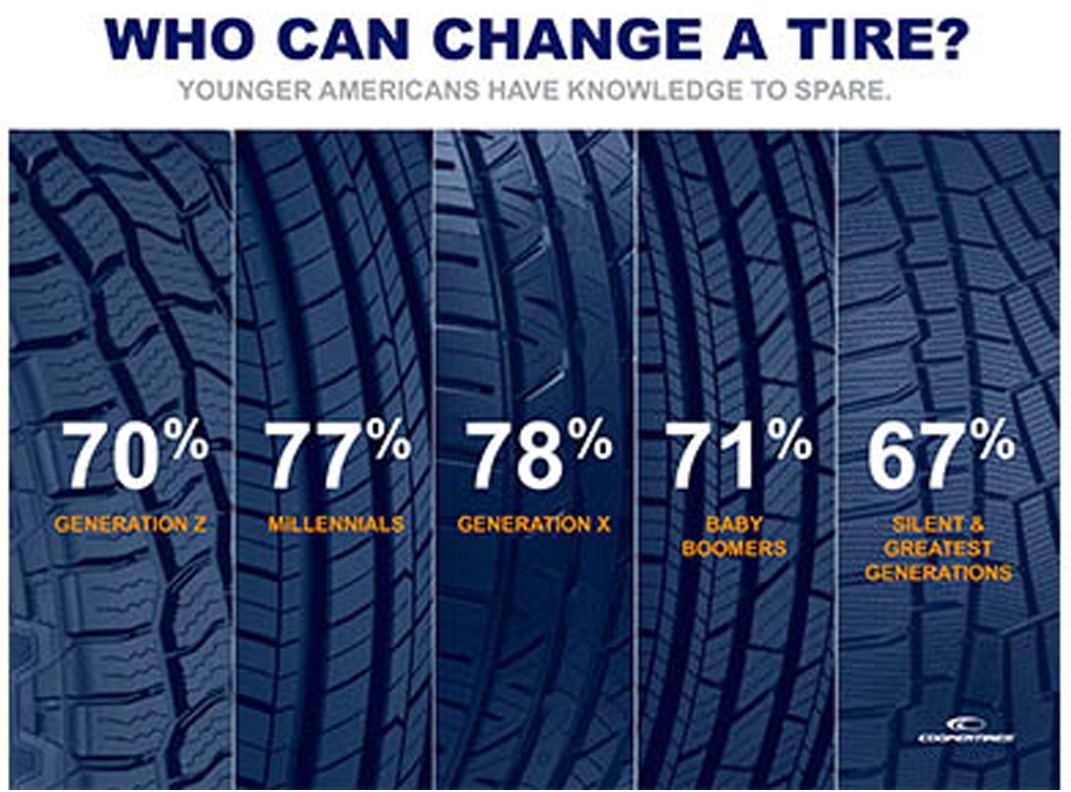 Knowledge Can Save Your Life

Every driver should read the owner’s manual and familiarize themselves with these simple do-it-yourself checks that help ensure safe driving. At Town Fair Tire we want all drivers to be prepared and safe on the roads. A driver's ability to control their vehicle depends on the traction between their tires and the road.

If you feel your tire's ability to grip the road is greatly reduced in adverse conditions (rain, slush and snow) it may be time to get new a set.

If it's time to replace your tires, check out a Town Fair Tire nearest you or make an appointment online. The performance of your tires is very important for maintaining the safety, performance, and efficiency of your vehicle.